How to get sharp labrador images?

Having had a great response for our first article that summarizes the basic tips to get better photos of our beloved labrador, we are going to go on whit the second part.

This article gives some topics in particular and some concepts of portrait photography to improve a little bit.

When you browse an album of portraits of any professional photographer, or at least a good photogapy lover, you will notice a certain consistency in image quality, and in addition to a good composition and setting of the subject, we see an extraordinary wealth of details!

The environment surrounding the subject may be more or less in focus depending on the effect the photographer wants to convey us and then we will have portraits settled, or portraits tout court – with a completely blurred background.

In photography, when a shot is damn full of details and particulars, it is termed “sharp” and this term as well as being used to characterize an image, is used by the maniacs of photography to characterize those lens (in the jargon – glasses) and for the their ability to channel quality and good light on the sensor, return of the ultra-crisp shots. Another characteristic of a good target is the “three-dimensionality”, which is determined in those “good glasses” that in addition to steal the details better, fail to crystallize a very wide palette of colors (and shade) in one click.

It is therefore very likely that when we happened to get struck by a portrait of a labrador, although we have not focused in the immediate reasons, our emotions was prompted mainly by the following factors: clarity and three-dimensionality (… of course, also the subject matter, but for what you choose a good breeder! :)).

We then defined the sharpness of an image as the amount of detail that characterize the human subject, this can in turn be separated into two elements: fire and contrast.

To get sharp images is crucial during the shooting to be able to focus properly without blur visible in the best case even when you look at the pixel level, we will not notice any barb (or as it is typically called “shake”).

The contrast will instead be changed in the next phase of post-production (personally do not like to overdo it, indeed I think that lately on Flickr there is a tremendous fashion to exacerbate it, to the detriment of colors and detail.)

It should be stated from the outset that if the post production we can help solve many flaws and mistakes, if we failed during shooting, to seize a photograph “sharp”, also working a lot with the post-production will not be able to recover a sharpness quality.

With regard to the three-dimensionality a good lens definitely makes a difference, but if we want to improve and get a personal style, it will be imperative to have a good pc also available for post-production, and have a great monitor sceen with which to view the photos while we process .

Flipping through a few pages of the web and forum cinofilia is easy to see several photos of labrador badly blurred, or moves, then I think that this is perhaps the most common obstacle to overcome for many.

In this regard, we recall what is suggested in the first part, namely that to photograph a moving lab, we use a camera adequate for our needs and that in many cases this results with the use of an semiprof. SLR.

If the equipment is adequate, but we are still not satisfied with the sharpness obtained, we consider that in principle the blur can be due to one of the following reasons:

– Vibration or oscillating movements of the hand holding the camera;

– Use of a shutter speed too low compared to the speed of movement of our labrador;

So let’s start to deepen in broad terms the operation of a camera, and in particular how it affects the pictures the shutter speed.

To start, let’s say that the shutter speed to use is influenced by three interrelated factors:

– The focal lengths of our goal;

– The distance between us and the “model”.

In addition we have to evaluate what kind of effect you are trying to achieve: you want to show motion, or freeze it?

We try to simplify things, thinking for now, do not get any strange effect, but you want to crystallize the situation.

The three above-mentioned concepts are closely related and employees, so that in order to understand in a simple operation, we have to create an example that allows us to imagine and project them into reality.

We think we are in front of our television, on Sunday afternoon, when transmitted to the Grand Prix formula one. We think there is a fixed camera that takes the car running in a remote location (in the stands) and that the shooting scene is along a straight line. The cars whizzing from left to right of our TV, cars are small and we note that the Ferrari that goes faster than competitors (!) Take less time to spend. To photograph the Ferrari I will then use faster shutter speeds than I do with the other cars.

If the same fixed camera is closer to the scene, then the straight, we will see in our screen, bigger cars, also being the part of the straight framed shorter, the cars, while darting at the same speed as before, it will take them less time move from right to left of the screen; even if I want to photograph the Ferrari, I will set faster than the first fixed. Similarly, if instead of physically moving the camera, through the direction I will make a zooming on the straight will get the same result as described approaching.

In latter case, however, to set the shutter speed, I will also take into account the factor called “hand-held shooting” to prevent the shaking of the camera during shooting an adverse effect on results.

To provide a simple explanation for this observation: the higher the focal length, so the more you push the zommata on the subject, the more I’ll have to be careful not to make oscillatory movements with the camera while I take.

In photography, you use the “rule Mutual” to determine the lowest shutter speed that you can safely use with the camera freehand, without the risk of vibrations: the shutter speed should not be lower than the value of the length focal length of the lens you are using.

So if you have a 85 mm objective lens, it means that the shutter speed at the lowest recommended is 1/85 with a 200 mm I’ll have 1/200 etc. .. The times can be extended in the case in which use lenses or camera bodies stabilized.

Having now clear the basic concepts we can indulge in particular effects.

If you use shutter speeds “on the edge” I can crystallize as the face of the subject by letting you create a halo on the legs (so as to give a sense of movement).

An effect that I really like is the one created by the technique of panning you get when the car chase with the aim my subject and in this case also forced the opening times of the shutter to the limit.

The background will be nicely blurred and out of focus, while the subject will be sharp.

Barberi and Loch Mor Romeo at the show of Valenza

So far we have described and defined the parameter “shutter times,” but it must be said that like many other lovers of photography, most of the shots my camera is set in the “A” “Aperture Priority Aperture” I define a priori the aperture and ISO sensitivity, letting the machine automatically decides the time depending on the amount of light present in the environment.

The adjustment of the aperture and the parameter available to the photographer to customize the shot in the direction of depth of field, it allows to vary the amount of light that the sensor receives during the time of shutter opening.

The fundamental concept to understand is that if I open the diaphragm much the sensor will receive much light: in this case the depth of field will be limited, I will have to focus only the subject, or a part of it, with all the rest blurred. Stopped down I will have a wide depth of field: the case of the environmental portrait.

In the first case I will be able to resume a particular example of my labrador, in the second case will have a correct setting to describe a funny situation in which there are several dogs framing. The greatest difficulty to frame more dogs at the same time is just to balance the need for them to fire simultaneously with the consequent need to close the iris, but having to keep the shutter speed fast.

The availability of good optics with large aperture openings allows for greater freedom of movement especially in low light conditions: being able to open the iris more you can keep shutter speeds fast enough to freeze our recovery.

In low light situations the alternative is to raise the ISO, the latter solution, however, beyond a certain threshold that depends on the camera model used, leads to the loss of image quality.

Currently my favorite is the optical Minolta 135 f2, 8 which has a cost (used) and a very low weight, compared for example to the corresponding zoom sony 70-200 f.2, 8 – but with a yield more than excellent for portraiture and sports photography .. ideal for photographing my labrador.

As already mentioned in several parts of this article the LENS of our reflex can make a difference in many points of view, sharpness, three-dimensional, large openings ..

It is obvious that the quality and taste of a lens also corresponds to an increase of cost. This increase, however, is not directly proportional to the quality of the lens, so it is possible for everyone to acquire a minimum kit that allows to pull off good shots. The flea market from this point of view offers good ideas (be careful, however, to expect) and most of all I would recommend the purchase of fixed optical zoom with respect to, which will also be comfortable, but they are more or less 10 times more expensive with the same quality and much heavier: see on dixum

After reading these additional tips and concepts remember that the more you practice, the better you will take possession of their own instruments better the images that will bring home.

But do not forget that by far the most important thing is to have fun and to run our lab. 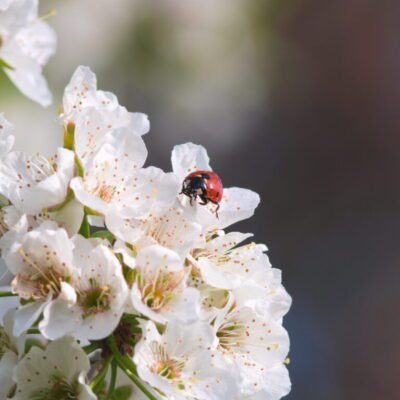 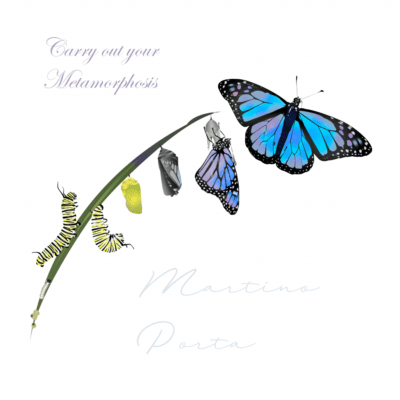 This is not intended as a technical guide, but only the collection of some helpful... 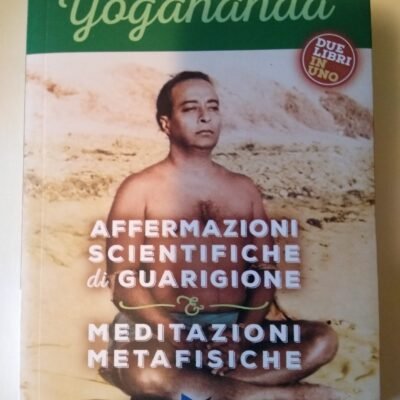 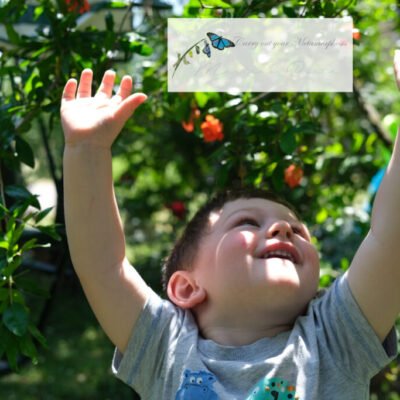 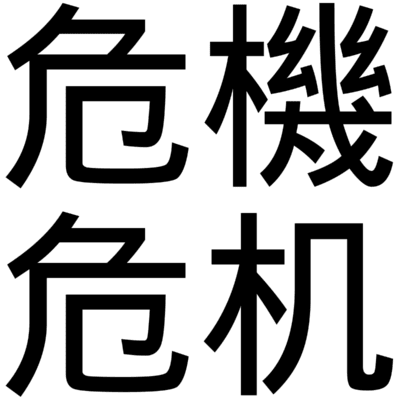 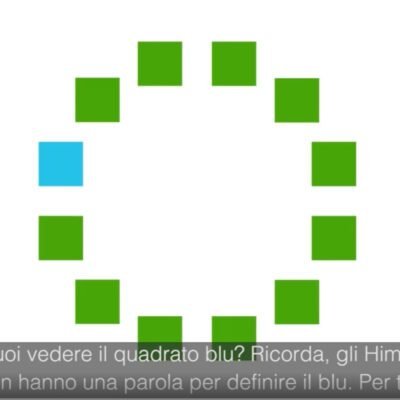